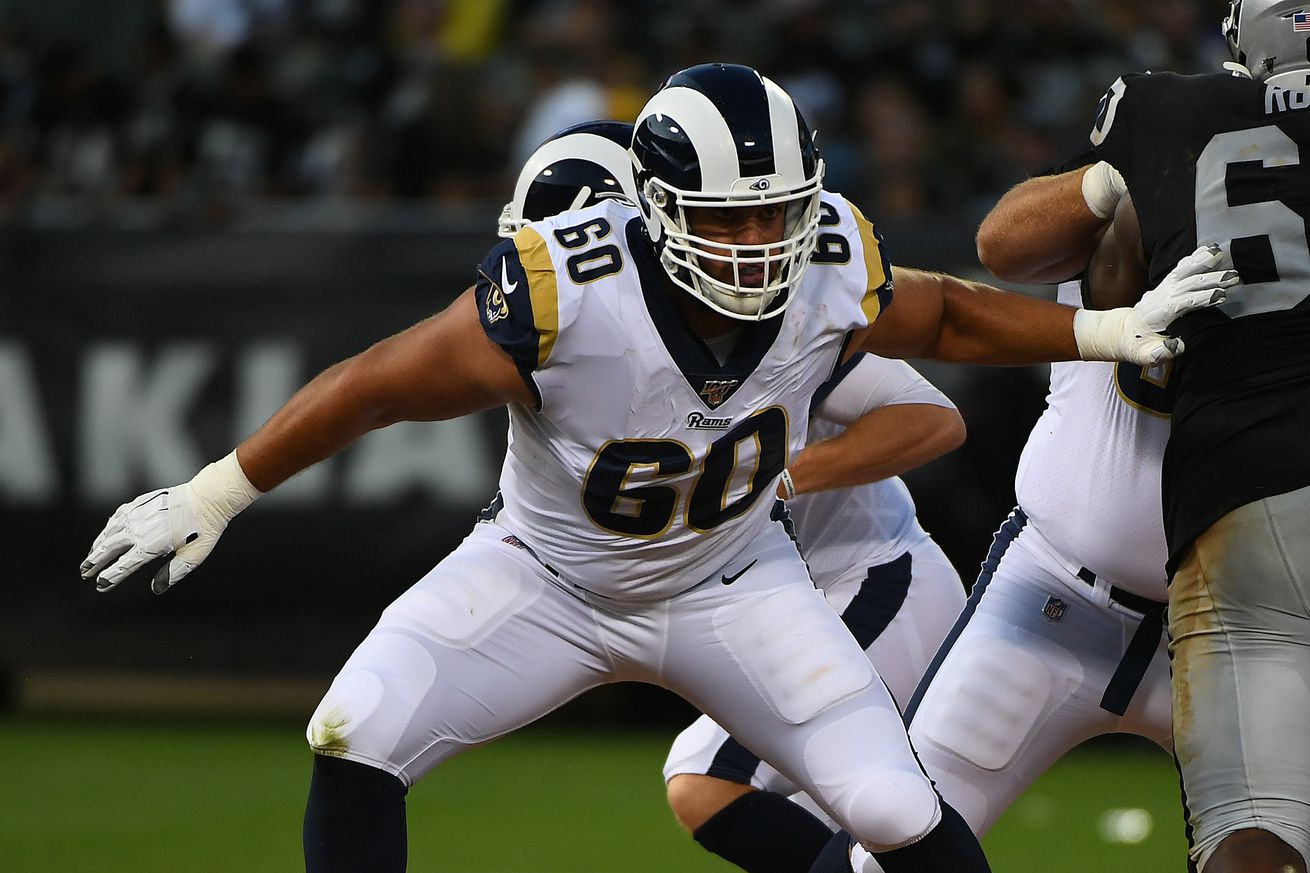 The team worked Hitner out during the draft process

The San Francisco 49ers are continuing to look at available offensive linemen. According to Aaron Wilson of the Houston Chronicle, the 49ers tried out offensive lineman Brandon Hitner on Thursday. Hitner was with the Rams with the preseason but was cut on August 30.

His preseason PFF grades per game were 59.3, 54.9, 47.7, and 55.8. He allowed two total pressures and zero sacks. The Rams also played Hitner at guard. If the name sounds familiar, it’s because the 49ers worked out Hitner this past offseason.

Hitner can play tackle, guard, and center. The 49ers may value his athleticism and versatility over Justin Skule. Then again, Skule has spent the entire summer with the 49ers, and Kyle Shanahan has spoken highly about his preparation. We’ll see if the team likes the workout and signs Hitner. I like the idea of giving Skule a one week audition and reassessing with the bye week coming up.

Should Colin Kaepernick Be On A NFL Roster?