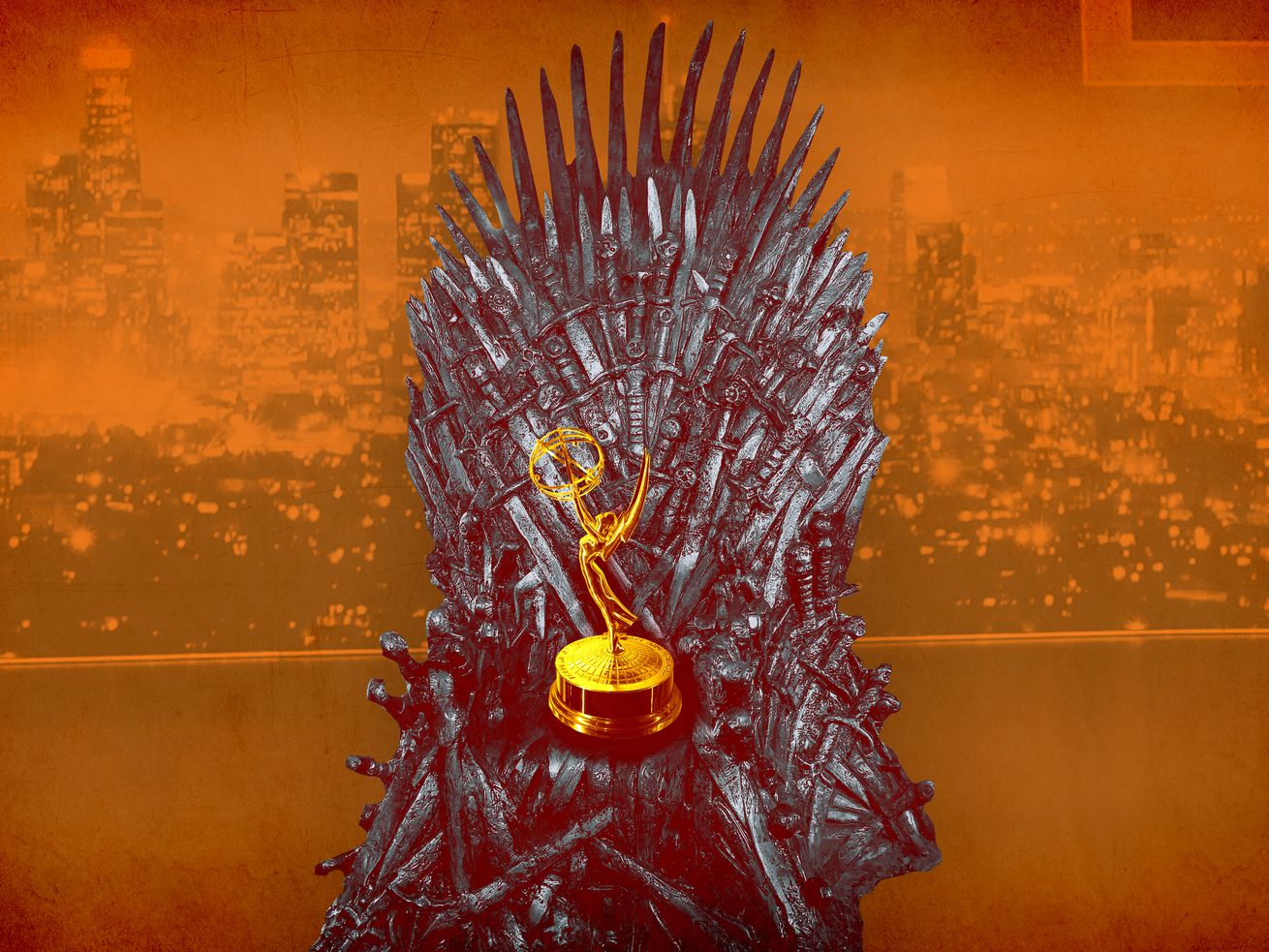 For much of Sunday night it appeared that a gigantic upset was in the making—but order was restored when ‘Thrones’ took home the award for Best Drama for its much-watched, much-debated final season

It’s not easy to end a story. It’s especially not easy to end a story when that story is characterized foremost by its sprawl and secondarily by its proclivity for subverting expectations. Wrapping such a tale with logic and emotion, while pleasing casual and diehard fans alike, is not an enviable task. And hey, at least David Benioff and D.B. Weiss ended the Game of Thrones story. Book author George R.R. Martin has yet to do that much. That doesn’t mean Thrones fans felt warmly about the final, six-episode season of the beloved show—but Hollywood’s awards infrastructure did. On Sunday night at the Emmys, Game of Thrones won the Emmy for Best Drama for its record-tying fourth consecutive season, which is a credit, if anything, to its impact on the industry. Just not necessarily to the actual final season for which Thrones won the award.

If you’ve forgotten all the ways Thrones stumbled in Season 8—or, like some Ringer folk, if you’ve intentionally put the season out of your mind to avoid simmering frustration—a quick recap is in order. There was Daenerys’s forgetfulness about a royal navy, and Jaime’s abandonment of Brienne, and Euron’s listless turn as a plot device; Bran became king in a strangely rushed finale, and character arcs flattened, and a modern coffee cup brewed the world’s most-discussed beverage. Viewed broadly, Thrones’ most important characters didn’t feel like they had earned their final developments; viewed closely, so many of the last season’s moments felt like foibles and unforced errors, the result of a hasty resolution to a carefully plotted setup.

At IMDb, where thousands of reviewers have rated every episode on a scale from 1 to 10, Season 8 clearly comes out the worst on average. Even if some of that distortion is the result of targeted backlash from disgruntled fans, those reviewers aren’t alone; at The Ringer, we ranked both “The Iron Throne” and “The Last of the Starks” among the 10 worst episodes in the show’s history, and placed “The Bells” in the bottom half. The entire back half of Season 8, in other words, was subpar by Thrones standards.

Thrones was at its consistent best in Seasons 1 through 4 (unsurprisingly, when the creators could rely on Martin’s books for close instruction) and Season 6; it was noticeably inferior in Seasons 5, 7, and 8. Ironically, three of the show’s four Best Drama Emmys come from that latter group, after Thrones was nominated but fell short in its first four campaigns. That discrepancy stems in large part from the result of disparate competition. In its early seasons, Thrones lost the Best Drama Emmy to celebrated “golden age” shows like Mad Men and Breaking Bad. Now, the TV landscape is so fractured as to render the entire Emmys experience incongruous with the ways that television’s voluminous output is presented to, and watched by, audiences across the country.

So on a night that honored Thrones for the final time (at least, until all of HBO’s Westerosi spinoffs emerge), the Emmys really leaned into the celebration. Literally: There was an in memoriam specifically dedicated to the show. Before the Best Drama win though, it looked as if Thrones would be shut out from the most important categories after garnering a record number of nominations. Jason Bateman beat out Miguel Sapochnik (“The Long Night”), David Nutter (“The Last of the Starks”), and David Benioff and D.B. Weiss (“The Iron Throne”) for Best Directing in a Drama Series; Killing Eve’s Jodie Comer topped Emilia Clarke for Best Actress; Pose’s Billy Porter beat out Kit Harington for Best Actor; and Ozark’s Julia Garner took home the award for Best Supporting Actress, a category in which Thrones boasted four nominees. Surely, some of Thrones’ defeats could have been due to split votes, but the series’ lackluster evening may also be a final bit of commentary on a disappointing final season. For most of the night, Peter Dinklage was the only Thrones cast member in the winner’s circle (for Best Supporting Actor in a Drama). But in the end, the Emmys were the Emmys—and the ultimate dominance of Game of Thrones couldn’t be denied.

For the most intense Thrones fans, Season 8’s disappointment might linger a while longer, or at least until Martin finishes the sixth book and starts and finishes the seventh. (It might linger a long while indeed.) But for one last night, Thrones gobbled up Best Drama like the Hound once devoured chickens, long ago. Thrones didn’t win the Best Drama Emmy for that season, perhaps the strongest of its entire run—but it won now, for its worst, and its last. Which feels fitting: As Thrones viewers well know, it’s not easy to end a story on the most pleasing or sensible note.

Disclosure: HBO is an initial investor in The Ringer.