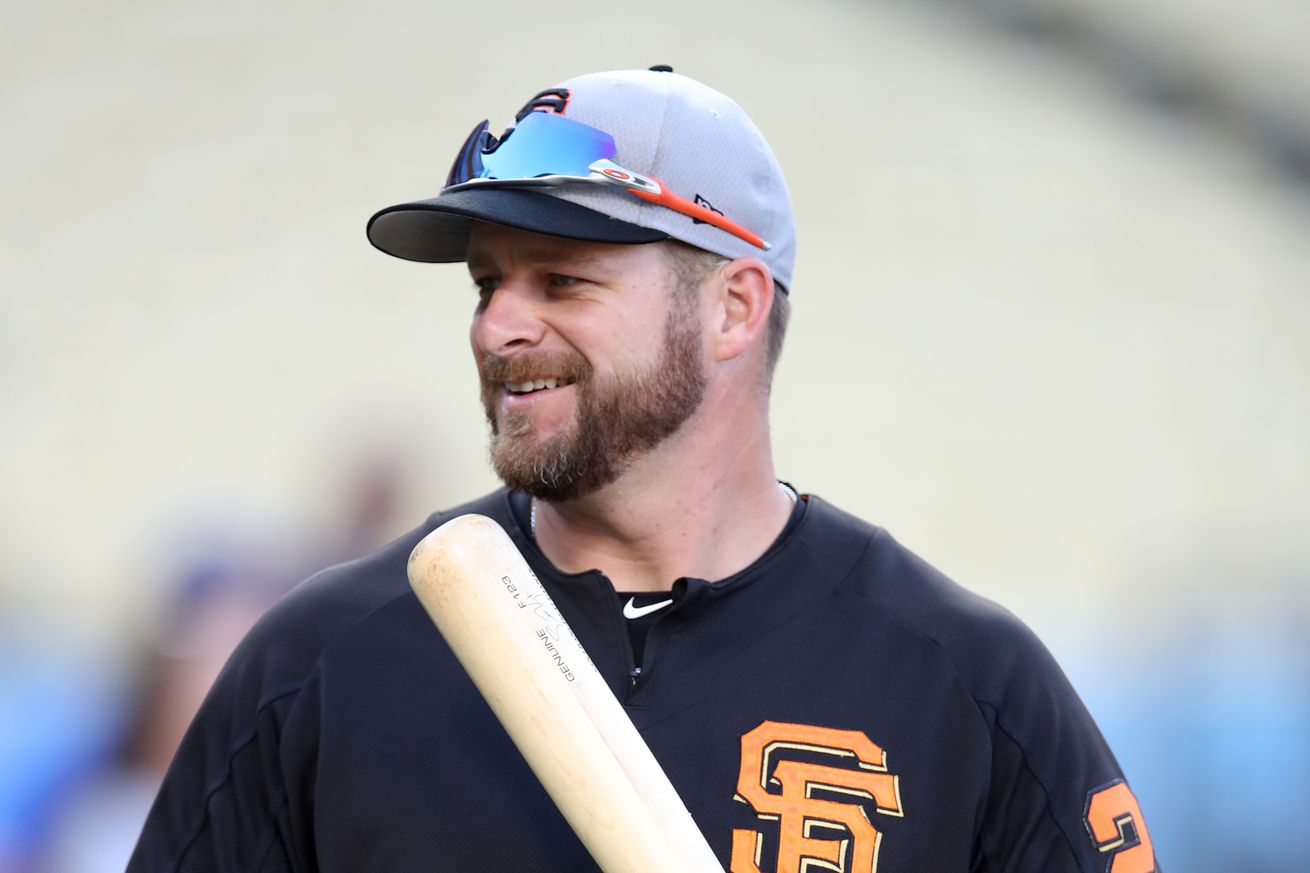 It’s still early (in the century), but after almost an entire season, did they put together something truly impressive?

I love Stephen Vogt and I don’t care who knows it. He’s been a more than capable backup catcher — he’s also been a decent hitter. Donovan Solano has been a more than capable backup, too. He’s been a terrifying force Bruce Bochy has been able to wield against left-handed pitching. And before he went down for the year, Pablo Sandoval was providing nice pop off the bench, too. Late season injuries and September callups have diluted the pool a bit, but has this year been the best Giants bench of the century?

Platooning and churn will most assuredly complicate our look, but I think even in the case of platoons we’re talking about a supplemental player who is better in a certain situation than what would ordinarily be the primary option. Brandon Crawford and Joe Panik didn’t become bench players just because Donovan Solano got into the mix to become their platoon partner.

Before September, the lineup portion of the active roster looked like this:

And we know with injuries and such that Slater is now more of a starter than bench dude and Dickerson is probably more of a bench bat at this point, so to avoid the confusion, I’m choosing to go with Dickerson as the bench bat over Slater.

I’m going to look at every player to have between 150-300* plate appearances with the Giants since 2000 to see if they along there’s any year that can beat this year’s primary bench. Now, fWAR probably does the job, but when I started this post, I was really thinking more in terms of pure hitting, but heck, having decent defenders on the bench is important.

* - one exception I need to make here is in the area of backup catcher. For instance, Nick Hundley had 302 plate appearances last year, but we know he’s the backup and he got more playing time once Buster Posey was shut down for hip surgery. Just wanted to mention this.

My parameters might’ve skewed the result or maybe my subconscious simply guided me to filter the results in a way that fit my premise. In going back through the years, it’s clear that there’s no one way to define “the bench” — not after the fact, anyway. Yeah, in any given game, we know who’s one the bench. And week to week or month to month we know who the starters are supposed to be. But what about those guys who take over because of injury or the starter simply being ineffective? That was what made it trickier and I largely went from memory.

Despite using an NL-record 64 players this year, it seems the Giants’ current bench is not the best bench they’ve had in the 21st century.

Controversy right off the bat. Was Eli Whiteside a backup after taking over the starting catcher role following Buster Posey’s broken ankle? Probably not. And yet, he was basically in a platoon with Chris Stewart for the season. Platoon players are bench players.

There really wasn’t a clearly defined bench, though. A lot of stray at bats to Pat Burrell, Aubrey Huff, and Andres Torres as the Giants tried to pump them for another surprise season. Then Carlos Beltran (1.0) came over and lit it up for a bit but also missed a month. Jeff Keppinger (-0.5) was on the squad, too.

This was also the year that the Giants traded for the ghost of Orlando Cabrera and played him over Brandon Crawford all of August. Cabrera didn’t turn into a bench player in September, though, and neither did Crawford (he was optioned down for August).

If Solano or Dickerson can stay healthy enough to play any of the Giants’ final games, then there’s a chance the 2019 quartet can match or exceed this nearly-forgotten 2011 squad.

What about the best teams that didn’t have an injured starting catcher situation?

The constant presence of the backup catcher on these lists really shows the value of having a great one. The only recent Giants backup catchers to have negative WAR values have been Nick Hundley and Hector Sanchez.

Would you believe that Pedro Feliz was exactly as valuable as Edgardo Alfonzo was? I only remember that situation being a disaster for the Giants.

Since 2000, 14 of the Giants’ 20 benches have ended the season with positive WAR value (including this year’s team). It’s a common occurrence for them, and with just six games remaining, there’s still a slim chance that they could put together the best bench yet. And if you replace Dickerson (0.8 fWAR) with Slater (1.0), then they have.

Five winners, five losers, and everything in between from the Cowboys win against the Miami Dolphins